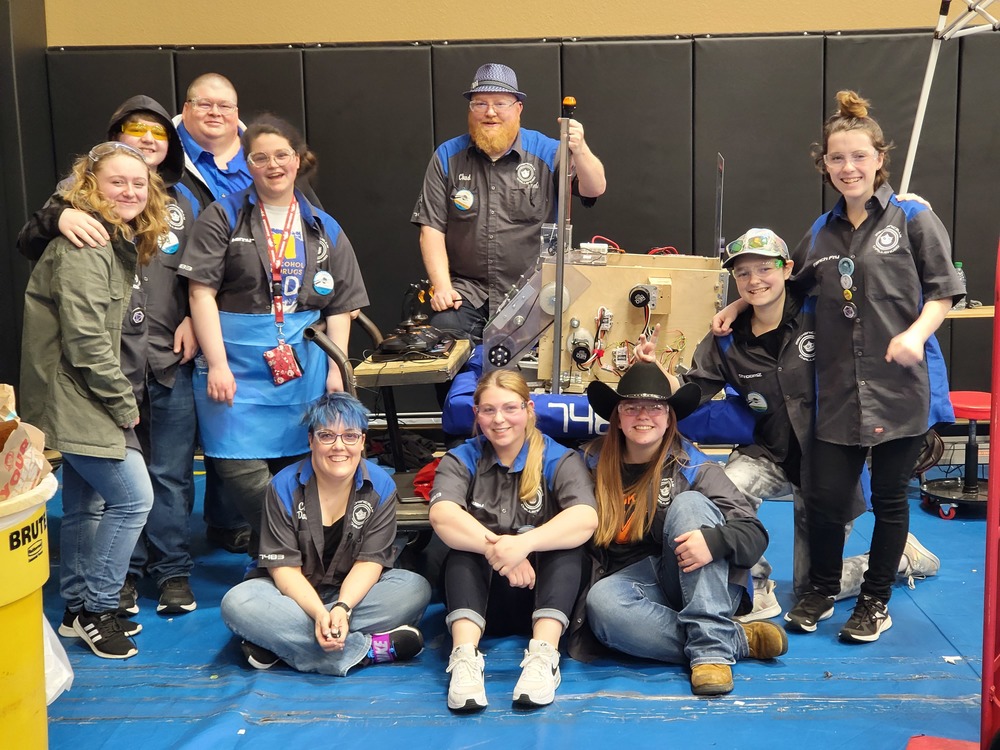 Mechanically Challenged competed at the Arkansas Regional First® Robotics Tournament at Harding University in Searcy, Arkansas from March 31 – April 2, 2022.  After a grueling tournament, the team came home with a wildcard invitation to the FIRST® Championship in Houston, Texas on April 20-23, 2022.

Team 7483 had a record of 6-12-0 at the tournament, which included a disappointing qualification record of 2-10-0, and a playoff record of 4-2. To their surprise, Mechanically Challenged was selected to play on the number two seeded alliance, which consisted of Team 3937 (Breakaway from Searcy, AR) and Team 5454 (Obsidian from Bentonville, AR). After a first round bye, and an easy alliance win in the second round, the alliance ultimately lost to the number one seeded alliance in the tournament, which consisted of Team 16 (Bomb Squad from Mountain Home, AR), Team 4635 (PrepaTec Botbusters from Monterrey, Mexico) and Team 6586 (Tuskin’ Raiders from Texarkana, AR).

The tournament was a valuable learning experience for both students and mentors.  From the beginning, Danny, the team’s name for the robot, endured a series of coding and mechanical setbacks which had not occurred prior to the event, but continued to plague the team throughout the competition. The team never gave up, and decided to become a defensive robot, which means that they would not be able to score any points, but could keep the other team from scoring.

Even though the team was ranked last coming out of the qualification matches, 2 teams had scouted Mechanically Challenged during the qualification round and had the team ranked much higher in their own rankings because of the defense they played, which led them to pick the team for the playoff round. After the selection, all three teams worked closely together to try and figure out what was happening with the robot, but were unable to come up with any definite answers, so Mechanically Challenged continued to play strong defense in the playoff round.

Because the team never gave up, and continued to work hard throughout the tournament, they were chosen as a wildcard for the FIRST® Championship in Houston on April 20-23, 2022. This leaves very little time to get the robot ready, and the funds raised for the tournament entry fee. If anyone is able to make a donation to help Mechanically Challenged get to Houston, it would be very much appreciated. If you are able to donate, make your donations payable to Viola Public Schools, and be sure to make a note that the donation is for the High School Robotics Team.